← A Sudden Renewed Interest in Diablo 3
Melee and Kiting → 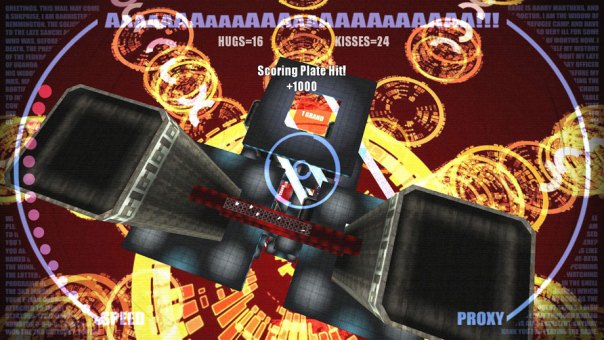 Not for those with vertigo.

It is both easy and difficult to describe AaAaAA!!! as a videogame.

It is an indie game with personality, in which you use the WASD keys (and sometimes mouse) to control your descent as close as possible to floating buildings, through Score Plates, and hopefully landing at the bottom area at a speed somewhat less than 54 m/s. Points are awarded for Hugs (every second spent within a few feet of an object), Kisses (one-time bonus for getting close to individual buildings), giving a thumbs up/flipping off your fans/protestors on nearby walkways (i.e. Left or Right clicking while in range), spray-painting government buildings (pressing Middle mouse button near green-striped buildings), and some other miscellaneous actions. If you land safely, your points are tallied and you are given up to a 5-star rating, which rewards Teeth (the game’s currency) so that you may pay to unlock new levels.

Obviously the above does not begin to capture the adrenaline that comes from a combination of induced vertigo, rocking soundtrack, visual overload, and split-second twitch action. There are 80 levels which can be completed in a relatively non-linear manner, plenty of dark humor, Steam leaderboards, and… well, yeah. AaAaAA!!! does not pretend to be anything it is not, and what it happens to be is a decently entertaining distraction. 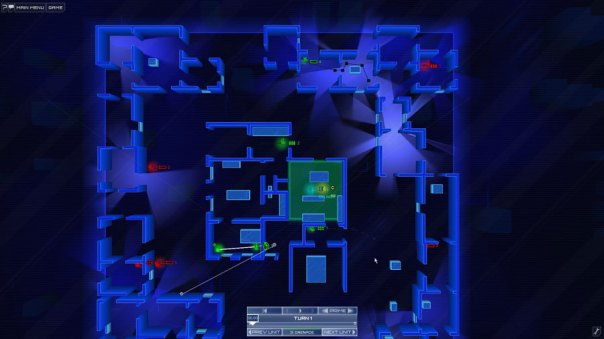 My initial impression of Frozen Synapse was that it was a terrible, terrible game. I am not at all a fan of the sort of Rainbow 6-esque “spend 10 minutes planning a room breach, then instant Game Over within the first 5 seconds” gameplay, and that is almost exactly what Frozen Synapse consists of. Additionally, when you “submit” your moves, the game actually features a 5-10 second loading screen as if my $1200 computer that runs Skyrim on Ultra-max settings cannot handle the AI calculations.

After stubbornly slogging through the game out of spite, I would come to discover that Frozen Synapse is actually a decently good game. And potentially one that would temper my distaste of this sort of ultra-tactical gameplay.

The key to enjoying this game is to understand the underlying rules. There are three basic units that follow Rock-Paper-Scissors rules: Shotguners kill first at close range, Machine gunners at middle range, Snipers at long range. The prior rules are overruled depending on which unit sees the other first (there are vision arcs), obstructions do count for something, and standing units beat moving units in “ties.” Rocket launcher units do not auto-fire, their rockets continue in straight lines, and kills only come from splash damage. Grenade launcher units can bounce grenades off walls, can only shoot over waist-high obstructions if they are nearby.

The real turning point though, came when I understood that the sense that the “computer cheats” stemmed from my not simulating how the computer can screw me. You see, you can spend a lot of time planning out your own moves within the intuitive interface, getting the timing down perfectly to kill the red units… when they are statically standing around. But as soon as the Submit button is pressed, the computer is going to engage in its own plans, and typically it does not include standing around looking at the corner.

So the solution is to plan out what the computer could possibly do to ruin your own plans. If the hostile machine gunner goes to the window instead of the door, will your shotgunner still get the kill? Instead of leaving it to fate and possibly losing a match 10-turns deep, make the computer do that, press Play, and see what would happen. The computer can still surprise you from time to time, but it almost became a game unto itself to see how many loose ends and blind spots my various tactical gambits contained.

It is worth mentioning that 99% of the maps are procedurally generated, and the same with troop placement, even in single-player. The campaign itself is fairly amusing and quite varied, with later missions really turning on the heat with super-units and occasionally not letting you see enemy units unless one of your own has a visual (e.g. typically getting shot at). If you thought planning enemy moves was fun, try doing it to the “ghosts” of units you lost track of for the last six turns. In addition to the single-player campaign, there is also multiplayer and instant skirmishes, although I had got my own 18-hour fill with just the campaign.

Ultimately, Frozen Synapse is not for everyone – it wasn’t even for me initially – and certainly not for anyone at the default price of $24.99. Catch it for $5 and/or as part of a bundle though, and it could definitely be worth your time. 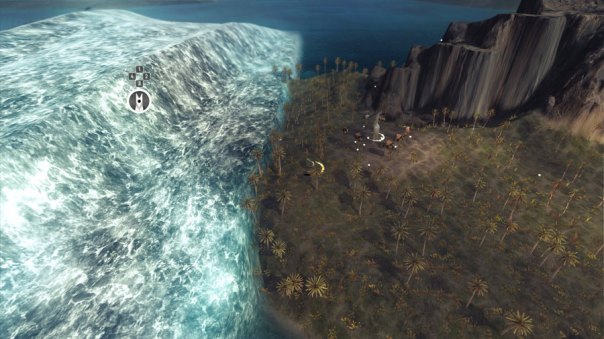 As a tech demo or proof of concept, From Dust is stunning. Whatever water/physics engine they have running this thing is ready for the mainstream. Water has currents, erodes earthen embankments, and wipes out landmasses in the form of tsunamis quite beautifully; volcanic eruptions spew lava that gradually builds up and up until suddenly it is overflowing into the stream nearby, creating a impromptu dam, and starting a bushfire in the process.

As a game though, From Dust skates the very edge between too simple and frustratingly complex.

The basic gameplay consists of shepherding a handful of tribesmen to the white totems around the map, so they can erect villages. You control a glowing worm-like cursor thing that can pick up sand, water, or lava, placing them in strategic locations to get said villagers across obstacles. Each village gives you more powers, such as the ability to Jellify Water (it turns into almost a solid, letting you part the sea Moses-style), Evaporate Water (lower the water table), Amplify Breath (lets you suck up/dump more matter), and four other abilities. Smaller totems dot the landscape, and getting a shaman safely to them will give each village a “kite” that can Repel Water or Repel Fire, depending on the map.

The learning curve for From Dust is quite gradual, but the complexity ramps up significantly towards the end. Special plants start appearing that either soak up water (bursting when too full, or releasing when fire gets nearby), evaporate water (and set fire to nearby plants), or simply explode when near flame (being the only method of destroying rock). Meanwhile, that river of lava you had been ignoring for the last three minutes has “suddenly” changed course and now your third village is aflame. Truly, nothing just suddenly happens – everything follows well-defined logical rules – but you can easily find yourself running back and forth putting out literal fires only to realize that something else you had been neglecting rendered your prior efforts moot.

Ultimately, I found the challenge invigorating, the mechanics sound, and the visuals gorgeous. My problem was just that the game… felt somewhat hollow. It is difficult to describe; perhaps it was almost too much of an emphasis on the mechanics? All that I know, is that From Dust came across to me as a tech demo or proof of concept, albeit one that is quite worth a second glance provided the price is right.