Just doing my nightly Kotaku crawl when I came across a Let’s Talk About Star Ocean 2 article. Holy nostalgia, man. 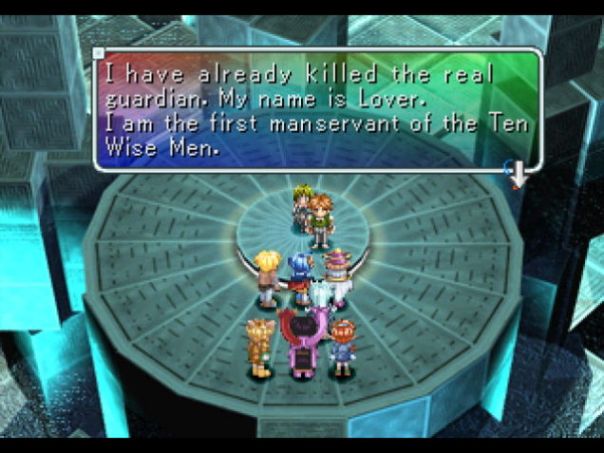 Okay, I don’t remember this part.

The article itself was really talking about how bad the dialog/localization was in the original game (apparently remedied a bit by the non-digital, PSP-only re-release) which, like most things in 1999, I don’t remember being much of an issue. What I mainly remember is: sci-fi JRPG, action combat, 60+ hour campaign, Private Actions (a pretty novel method of character-building at the time), and 80+ endings. And those Skills. Good lord, those skills. 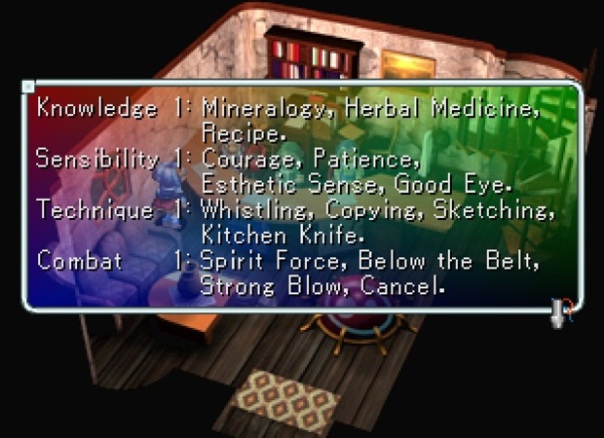 There was even an in-game Iron Chef sequence.

I keep thinking that if I had infinite time, that I would replay all these PS1 games, even if the experience itself would not quite be the same. It’s hard going back though. As the sidebar indicates, I’m sorta-maybe playing FF4 for the first time (started due to the Japan trip) and it’s tough getting past the “X and Y were bad game design decisions” sort of mentality. I can’t even imagine the field day I’d have with games like Star Ocean 2.

Still, I have some rather pleasant memories of that whole gaming era, which landed straight in my formative high school years. Star Ocean 2 doesn’t really come close to FF7 or Xenogears, but it ranks up there with the LUNAR series as being an unexpected delight.