← Unlikely Encounters
What Are Those Titan Devs Doing Now? →

The glorious city of Inanage.

So, Shadow Kings: Dark Ages is a F2P browser-based game (there is also a mobile version) from Goodgamestudios that bills itself on being an MMO. I suppose that definition could work if we assume that games like Clash of Clans and Castle Clash and so on are MMOs as well. One thing that Shadow Kings does have over the others is a sort of world map which determines who you can attack rather than it being a random match-up.

One thing that is conspicuously and absurdly missing compared to other such titles however is, you know, combat. No, seriously, there is a planning stage for combat – allowing you to assign attackers and siege equipment to the left, center, or right flanks – but all actual combat is handled instantaneously off-screen in a generic battle report. You can use your mages for espionage or sabotage, split your forces to attack a city from three angles, give your troops ladders and battering rams, and the result is… this: 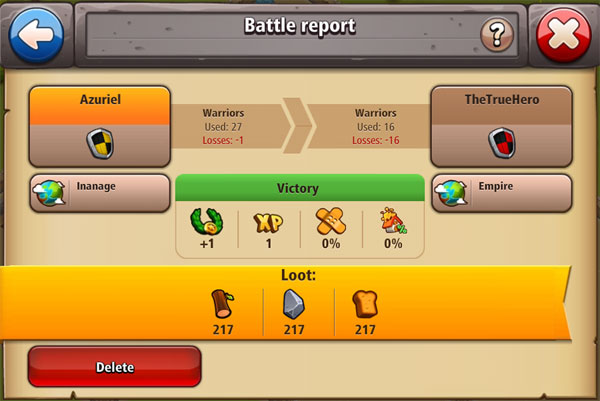 Without an actual visual combat system in place, all of the traditional trappings of this genre of game are exposed in sharp relief. For example, there is a city-building aspect to the game where you need to balance wood, rock, and food production to keep keep the war machine moving. But since you never actually see your city being attacked, the placement of buildings within the city is entirely irrelevant. Which means enemy city layout is irrelevant. Which makes the various troop compositions you can recruit largely irrelevant. Which leads you to question what the game bit is even supposed to be. 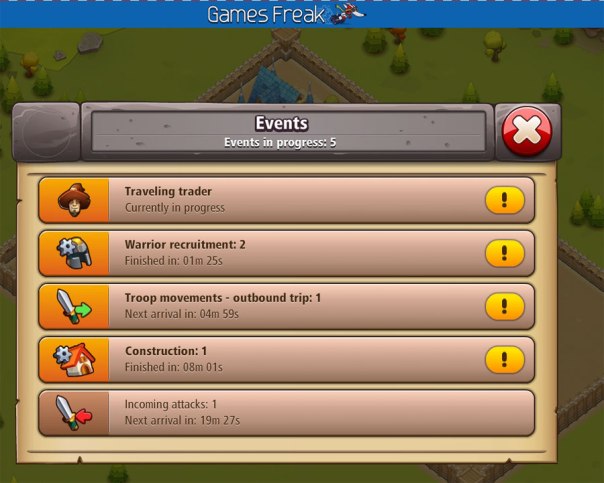 Near as I can tell, Shadow Kings is Progress Quest with a snappy app interface and copious amounts of in-game purchases to speed things up. There is a quest system to sort of guide your various actions, but it does not take too long to start running into build times measuring in the hours. Building takes time. Upgrading takes time. Recruiting troops takes time, sending them out to attack something takes time, combat is instant and off-screen, and then there is the return trip home.

In additional to the RMT Gems, Gold is another resource that is only generated when you “collect taxes.” You do so by picking a time interval from the given list, and then clicking on the Collect Taxes button at the end of the timer; leave it inactive too long and you will lose an escalating percentage of the amount you would have gained. In a bizarre (or dare I say novel) twist, you actually get rewarded more the shorter the timer happens to be. For example, right now I can collect 5g after 3 minutes. Or 15g at 15 minutes. Or 20g at 30 minutes. Obviously that is to encourage you to stay logged on to secure these funds, but that sort of runs counter to the entire rest of the game in which you are better off queuing a bunch of actions and either Alt-Tabbing to do something else or simply closing the Tab altogether.

It should also be noted that 5 hours is the longest time interval that you can collect taxes… for free. Picking 8.5, 12, or 24 hours as intervals to collect taxes actually costs Gems, with the latter being the equivalent of about $0.35 (assuming none of the frequently advertised Gem sales). 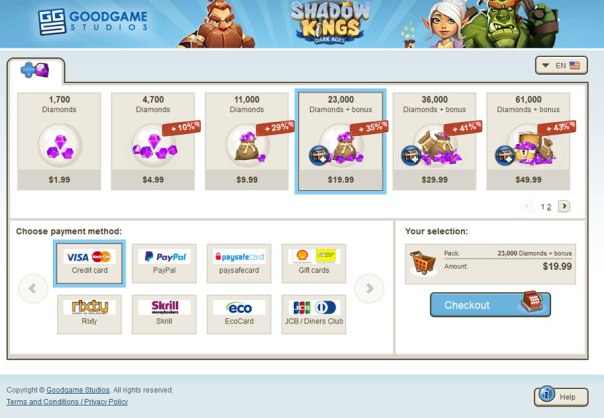 I remain completely and utterly amazed that a team of game designers could construct what could otherwise be a competitor for Clash of Clans/Castle Clash minus the one prevailing, absolutely critical component of player agency: combat. Arguably, there is really no game here. It is a creature of meat and bone with no internal organs. I am trying to imagine a company in which the art, music, and UI teams all finish their work (and it’s pretty good work) while the team in charge of the gameplay walked off the job. Even if it were something simple like watching your little dwarves wail on the walls for a few minutes, I feel like that might have been enough; I mean, beyond troop placement at the start of a battle, you don’t have any control over your dudes in Clash of Clans either. But with combat missing, there is really no context in which to place all the timers you end up having to wait (or pay) to wind down.