Reviews: Ori and the Blind Forest, The Swapper 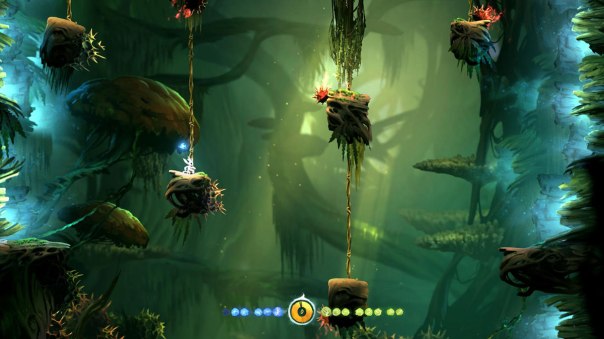 The simplest summary of Ori and the Blind Forest would be “Journey Metroidvania.”

After playing through the equivalent of the opening scene from the movie Up, you are thrust into the controls of Ori, a sort of cat creature as she (?) begins a quest to return life to the Spirit Tree. While the gameplay can be described as Metroidvania, I consider it more along the Action Platformer scale – certainly the majority of the challenge of the game comes from the platforming elements rather than defeating enemies. As you explore the map and solve various platforming puzzles, you eventually unlock additional movement abilities such as Wall Jumping, Double Jumps, Floating, etc, which allows you both access to brand new areas, and new corners of old spaces.

One thing that shocked me while playing was the difficulty. For as lush and beautiful as the game looks, Ori spares no punches with insta-kill mechanics. While the player can create save locations practically anywhere (at the cost of a renewable resource), the onus is on the player to remember to do so. Spend 15 minutes backtracking to grab that HP power-up, only to get squished by a falling stone trap? Well… I hope that power-up is now worth 30 minutes of your time. Indeed, later stages of the game become absurdly difficult with 2-3 minute (or longer) “chase” sequences in which any mistake is punished with death, forcing you to redo the entire sequence. Reminded me of Super Meatboy in that respect. 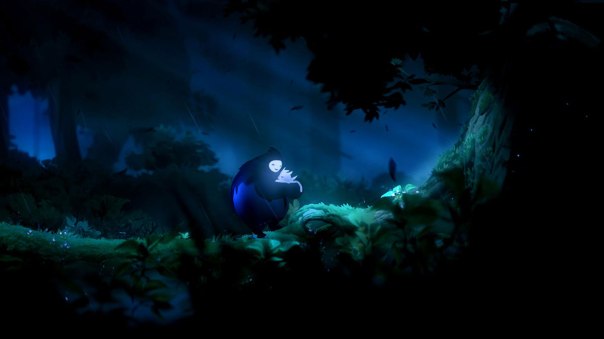 How I felt playing the game.

All that being said, though? I absolutely loved my time spent in Ori. The game is a visual feast, the soundtrack amazing, the animation fluid, and the gameplay interesting. Indeed, one of the movement unlocks later in the game – called “Bash,” which was a complete misnomer – single-handedly took the game from good to great in my eyes; the move allows you to grab enemies or projectiles, pause time, and then rocket yourself one direction and the grabbed object in the other. You end up needing to use Bash a lot by the endgame, but it was fun enough that I would play an entire game based around just that mechanic in the way Ori used it.

Highly recommend picking the game up next time a Steam sale or Humble Bundle comes along. 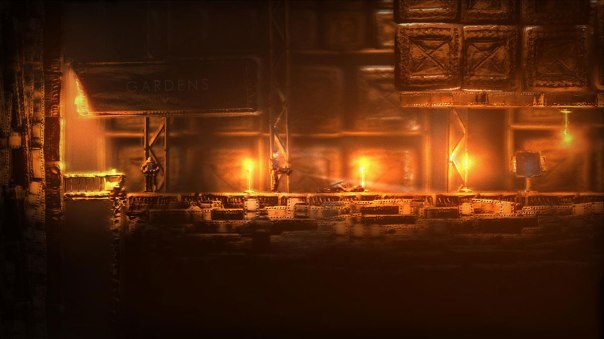 Gazing upon the crumbled remains of myself… and I feel nothing.

The Swapper is one of the more innovative puzzle games I have ever played. Not so much exactly for its puzzle mechanic – you create clones that mimic your actions, like that level in Braid – but the way in which the mechanic is intertwined with the narrative is unparalleled.

Things are mysterious and surreal and dark from the very start, as you make your way from being stranded on a mining colony to back on a seemingly derelict spaceship. In such a setting, finding a gun that creates clones of yourself doesn’t seem that big a deal. Which then leads you to start being a little cavalier with your clones, as you leap off ledges, slow time down to create a clone already standing on the rapidly approaching floor, then “swapping” your soul between the two as your now-empty original self smashes itself to pieces on the bulkhead below. You can do the same thing in reverse, creating a vertical body of soul bridges, each clone creating one more at the height of its vision, with all but the last falling to his/her death, their last moments spent walking in the void, just as you do, towards a door they shall never reach.

The Swapper is precisely the type of game that inspires sentences like the previous one. 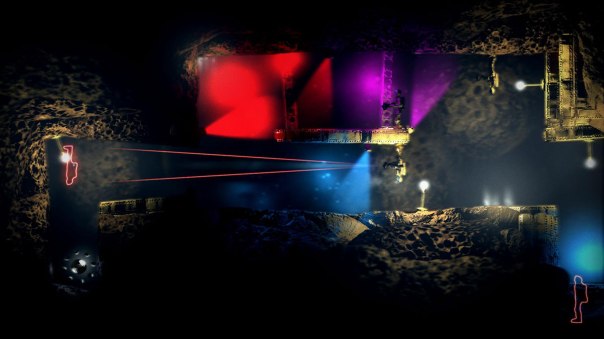 It’s sad that you can’t appreciate exactly how awesome I am in this moment.

The puzzles themselves straddle closely the “too clever for their own good” side of the scale, and a few require more reflexes than I thought entirely necessary. The primary impediments are the different colored lights, which impede clone creation, soul swapping, or both. Beyond that, the majority of the time you are creating, killing, and scratching your head over how to arrange clones on the correct floor switches. While it might sound monotonous, again, the overall mood and narrative absolutely sells the entirety of the five-hour game.

Given the above, I must both recommend that The Swapper gets played, but at a discount. It’s worth a spot on your wishlist in time for the next sale.

Posted on July 4, 2015, in Review and tagged Action Platformer, Journey, Metroidvania, Ori and the Blind Forest, Puzzle, The Swapper. Bookmark the permalink. 2 Comments.