← WoW Aside
Impressions: State of Decay 2 →

Project Zomboid (PZ) is an Early Access, isometric post-zombie apocalypse survival game set in Kentucky. While the pared down graphics and isometric camera might give one pause, I was fairly excited to give the game a try. What I discovered is possibly one of the more “realistic” survival games out there… and that realism is way overrated. And less fun to play.

Honestly, I was actually surprised how much I disliked PZ almost immediately. After character creation, you take control inside the one for-sure non-zombie house – your own. From here, you go through houses and find… normal stuff. Fully stocked refrigerators and freezers. Ovens to cook raw meat. Working lights. Faucets that deliver fresh water directly to your mouth. While your character starts with no skills, you are fully capable of surviving quite a while just fine doing nothing.

That does not last for long, of course. Within a month or so, both the electricity and water will shut off permanently. So the game’s central conceit reveals itself: how long can you survive?

In the abstract, this is not dissimilar to, say, Oxygen Not Included, wherein there is no win condition per se. Nevertheless, I was surprised to find myself immediately repulsed by PZ, conceptually. When you wake up naked on a beach in ARK, there is a very obvious, grokkable progression path towards survival. All of that is turned on its head with PZ. I found myself ransacking houses for supplies, and then asking myself why. 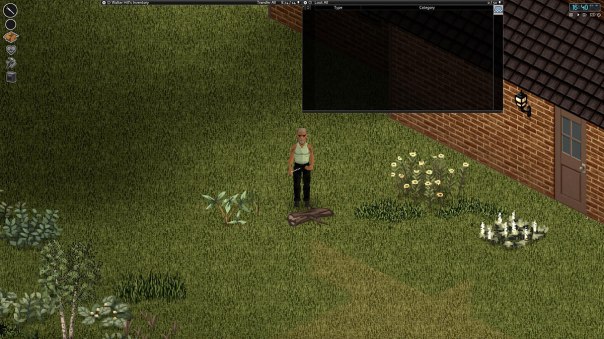 Have to unlearn decades of survival games, e.g. can’t pick up sticks.

The answer is supposed to be “to prepare for self-sufficiency and safety after the lights and water turn off,” but that feels like such a weird, abstract endgame. It’s definitely unique in this particular genre, don’t get me wrong, but I feel like it’s probably unique for a reason, e.g. it feels bad. You aren’t building up to self-sufficiency, you’re building down. It is also harder to feel any particular sense of urgency without metagaming the entire experience.

I dunno. There is technically a starting game mode which takes place 6 months after the start of the zombie apocalypse, which features the water and lights already off, and most things already looted. In other words, a more typical survival game experience. But after spending a few hours with the base game, I don’t know that I feel it.

This is definitely going to be one of those Early Access titles that needs more time in the oven.