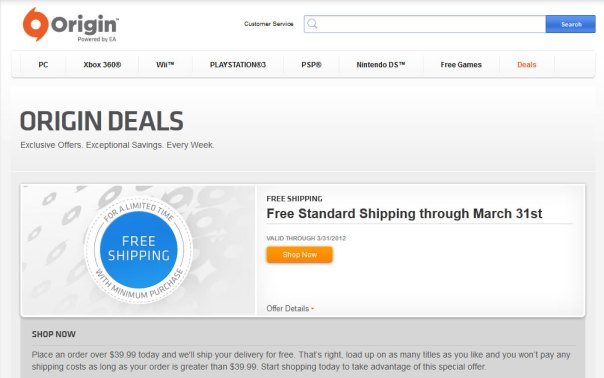 Free shipping on digital downloads? New deals every week? Sign me up!

“Step 4: Copy the cracked content located in the Crack directory on either disc into BinariesWin32 of your installation directory, overwriting existing files.”

So… which is worse? Day 1 DLC? Piracy? Requiring multiplayer for the best ending (thanks to Tesh for the heads up)? Not being able to do multiplayer later? How do I choose? 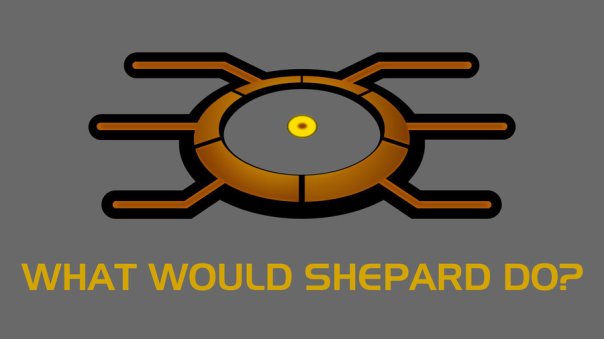 P.S. I know the Digital Deluxe edition is different from the one in the deal. But my DLC calculus was $70 vs $80 (plus soundtrack + whatever), not $58 vs $80. Considering that I already know there is no way in hell my recommended price in my final review will be $80 or even $60, I feel extra dumb for paying the “3:43am purchase so I can download overnight and be a part of this geek cultural event for once” tax.

P.P.S. Has anyone mentioned Origin sucks donkey balls before? I am now having to reinstall ME3 because it originally refused to install anywhere other than on my 64GB SSD. Sorry, no, you get in the back of the D: drive like everyone else.

P.P.P.S. Then this happened:

P.P.P.P.S. Finished redownload after 2+ hours. Despite changing default install location, ME3 was installed on C: again. Now I’m going to have to fucking mess with creating virtual links from the CMD line and hope I don’t break anything. Congratulations, EA, you have made this bullshit more complicated than mounting ISOs and didn’t even have the curtsey to include a KeyGen chiptune reach-around.

Tags: Dilbert, Mass Effect, Origin, Piracy, What Would Shepard Do