There Can Be Only One

This is what they call “overkill.”

In one sense, my victory was all but assured the moment I zoned into the first world as WX-78. As I may have mentioned, each of the various alternate characters have different pros and cons. The default Wilson has no negative qualities, and has the benefit of growing a beard; if left unshaven, the beard acts as insulation against the cold, while shaved beard hair can be used to craft a Meat Effigy (placeable respawn structure). Wickerbottom has higher penalties for eating spoiled food and can’t sleep, in exchange for the highest Sanity pool, the ability to craft spell books, and can use a lower-level research structure to build higher-tier items. Meanwhile, WX-78 has the lowest starting stats and takes damage in the rain, but can eat spoiled food with no penalty and can eat gears to regain health/hunger/sanity while also increasing said stats by 20 each (to a certain maximum).

With the exception A Cold Reception – where it rains constantly – victory was more or less assured with WX-78 due to the gear bonus alone. While the locations of the Things you are hunting are random, the set pieces in which they are located are all the same. Thus, you know there will always be at least four mechanical enemies at the “exit” to a given world and they will drop two gears each. Gears stack up to 40 in a single inventory slot, do no spoil, and as mentioned earlier they provide a huge boost to all three meters.

In fact, it turns out that I wasted a significant amount of time cooking food throughout most of the worlds given that one gear snack would have been enough to sustain me for an entire day – I waltzed into the final world with 40 gears and left 4 days later. Compare that to my best Wilson run, where I was constantly in dire need of sustenance in a world where plants don’t grow and rabbits need to be dug out of the ground. Indeed, my death in that last level was due to stopping to dig up mushrooms to boost my health/sanity, which was completely unnecessary with WX-78’s gears.

Do I feel satisfied? Well… more or less. I definitely feel like a switch has been flipped off in my mind, allowing me to move on (for real this time). The difference in implicit difficulty sort of made it feel like I had godmode on, although I suppose I should not discount the fact that I had 50+ hours of experience and knew what to expect going in. Another part of it though? I think that I expected to have beaten it that last time with Wilson. The roguelike aspect of having to redo the whole thing generated more hours /played, but not necessarily more enjoyment. 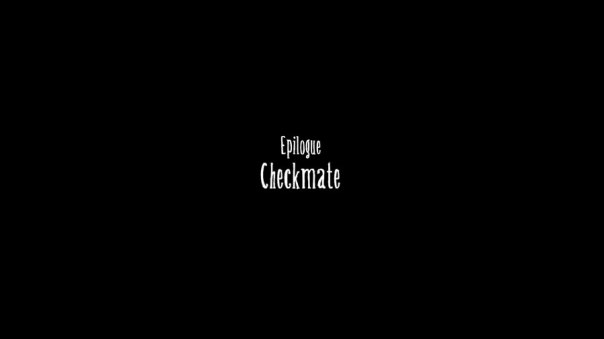 In any case, there is actually more to do. The most recent update fleshed out the Cave system even more, which acts as its own mini-Adventure mode insofar as dying in a cave simply respawns you outside the entrance. I could also seek to, you know, actually survive in Survival Mode – the farthest I got was about day 40. Or… I could move on.

I’m going to try the latter and see if it sticks this time.

Posted on July 31, 2013, in Commentary and tagged Adventure Mode, Don't Starve, Godmode, Inevitable, Survival-Horror. Bookmark the permalink. Comments Off on There Can Be Only One.