System Shock 2 (hereafter SS2) is a game I’ve heard about a lot, but up to this point didn’t have much of an interest to play. I mean, I immensely enjoyed Bioshock and all, but I have found by experience that “spiritual successors” tend to make their source material difficult to play. Which makes total sense, considering a game is a spiritual successor if it emulates and expands upon all the good things about the prior title while discarding the rest.

Plus, you know, 1999 was a long time ago. There is a whole swath of games that are more or less forever unplayable by me simply because I can’t get over the terrible (by today’s standards) graphics. Watching the intro to SS2 did not inspire much confidence: 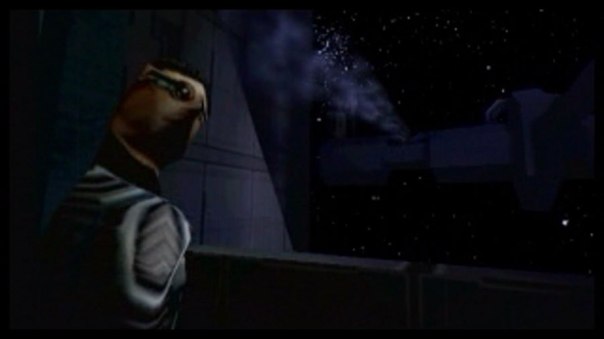 I’m trying to remember a time when this looked amazing.

Luckily for everyone, there is a wide selection of mods out there that more or less brings the game to at least 2004. 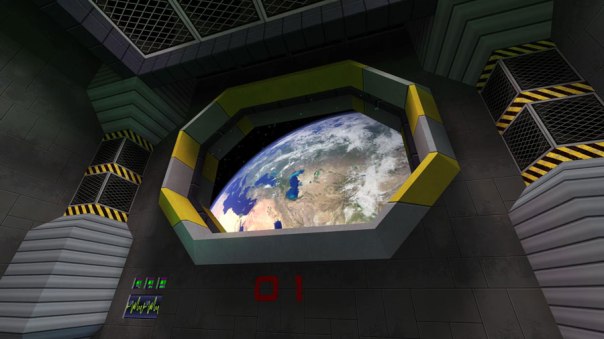 I was actually somewhat impressed.

At this point, I am roughly 10 or so hours into the game and I must admit that SS2 still has value to give. For example: it’s pretty damn scary, but not in the way you might be used to. FEAR has some great moments, Silent Hill definitely gets the horror angle correct, and Resident Evil does “crash through the window” better than most. None of those really capture the unique (as far as I know) dread that is hearing the “whisk” sound of a spaceship door opening behind you. In fact, I find myself developing somewhat of a complex with these doors, as evidenced by nearly jumping out of my chair from the sound of one door – that I had just activated – closing behind me.

Aside from the evil doors, I want to spend a moment and praise the overall sound design of the game in general. For the most part, you can hear nearly every enemy before you actually see them. Which, now that I think about it, is not as common a gaming trope as it should be. What this allows SS2 to do is make the various types of enemies resistant or vulnerable to specific weapons without the player feeling cheated. If you hear a robot walking around nearby and aren’t switching to your energy weapons in anticipation, it’s your own damn fault.

Another thing I can appreciate about SS2’s design is the overall upgrade mechanic. Your character has like four tabs worth of various stats and abilities you can upgrade/purchase with Cybernetic Modules. While you do receive some periodically as “quest” rewards, the vast majority of Cybernetic Modules are stuck in desks, on dead bodies, and sometimes hidden in plain sight on the floor. Combined with a traditional (the de facto back then) non-regenerating health system and the necessity to collect currency for ammo/hacking/etc purposes, Cybernetic Modules provide an immense incentive to explore every inch of the ship. Contrast this with, say, Bioshock Infinite which has painstakingly-designed nooks and crannies without any reason at all to search them.

As an aside, I can understand why some games might not go that route. If you hide a bunch of upgrade currency throughout your game, you are then faced with a dilemma: either that upgrade currency is necessary to realistically defeat the final boss, or it isn’t. If it is necessary, you are forcing everybody to comb your game for supplies, including the people who find that sort of thing tedious. If all the upgrades aren’t necessary, the people who enjoy looting all the things are “rewarded” with trivial encounters for the rest of the game. It is much easier to control your game’s pacing by directly tying upgrades to specific plot points, so no one is ahead or behind. That does make your game more boring and empty however. Hence, dilemma.

In any case, I am likely closing in on the System Shock 2 endgame and should be done in the next day or two. While I do not consider it to be as groundbreaking as something like the original Deus Ex, it is at least in the same parking lot as the ballpark. If you picked it up as part of one of any number of bundles in the last two years, go ahead and spend the 20 minutes or so it takes to set up all the mods and give it a whirl. Part Deus Ex, part Half-Life, and extremely atmospheric.