Short version: Survival Horror, with more of an emphasis on Survival. 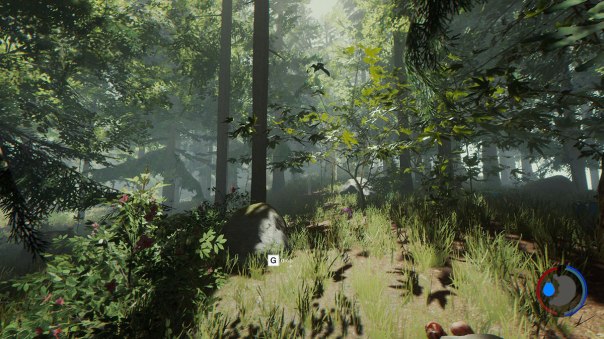 Really nailed down the forest bit.

Right from the start, I just have to say that the Forest is one of the most visually impressive games I have played, and it’s still in Alpha. Specifically, I played Alpha version 0.52

The game starts with you on an airplane with your son. The plane crashes on an island, you see a dude in red paint and loincloth take your son away, and… action. Loot some airplane food for sustenance, grab the emergency hand axe from the body of a flight attendant, and you are in the middle of the forest. Good luck.

While The Forest initially plays out like your standard Survival game, it diverges in interesting ways. For example, most Survival games limit the amount of items you can pick up either by weight, or fitting into grid, or something like that. In this game, you are limited by type. For example, you can only carry 8 sticks… but can also carry 8 rocks, 20+ arrows, a half dozen medicinal herbs, four melee weapons, a few bombs, a bunch of animal skins, and so on. 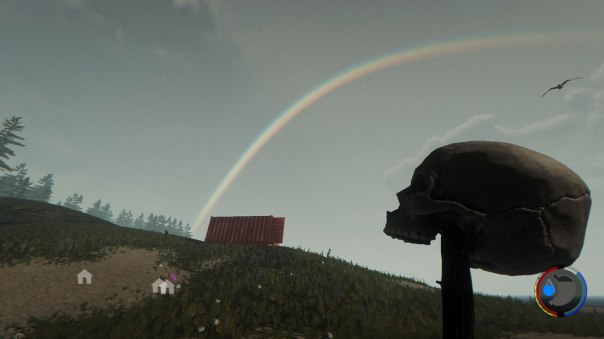 Sometimes you gotta stop and smell the storage containers.

The other interesting bit comes in the form of logs. Logs are the basic building component for pretty much any structure, but they are much too large to carry around in your inventory. So… you carry them on your shoulders, one at a time. You can craft a “Log Sled” pretty easily, which allows you to store and easily move up to 8 logs, but the physicality of it all adds an unexpectedly potent bit of immersion.

Also, dude must be ripped and/or a lumberjack.

As time goes on – and as you destroy the forest around you building tree houses – the cannibals get more hostile. And that’s when you start building traps, walls, and stocking up on armor made of lizard skin and leaves. Or perhaps you chop the cannibal corpses into pieces, and construct a burning effigy to establish your dominance.

It was around hour 10 when I descended into a cannibal cave, confident I had enough supplies and arrows to face what was down there. That’s when I saw it, while I was dangling off the end of 50 feet of rope: 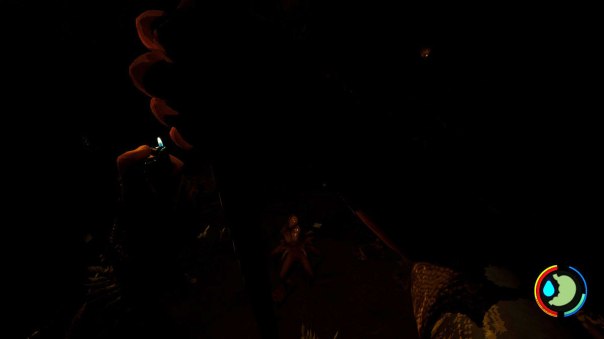 That’s enough Forest for me, for now. I’ll… yeah, I’ll wait for Beta. Or release.

Or the heat death of the universe.

Since that last screenshot is too dark, here is what the creature looks like via an in-game photograph: 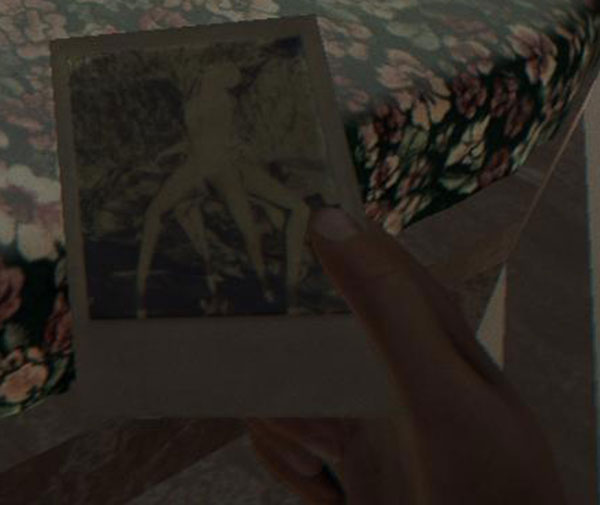 Can’t quite tell if it is supposed to be two women fused together, or three. Probably three.