I may have reached the end of my second run of WoW.

As was the case last time, there was no clear death knell, no final straw, no slap in the proverbial face. Forensic evidence would probably suggest that my decline in activity can be traced back to the 5.2 announcement. At that point, I stopped bothering with LFR, knowing that I could endure the same long queues for 20+ better ilevel gear in a few weeks. I was also pretty much geared in all 483s anyway, much to the chagrin of my less fortunate guild survivors.

5.2 reinvigorated several things for me, including reaching some of the reputation milestones on alts that I would have dismissed out of hand as ridiculous previously. There were some underlying truths about myself I started to realize however:

As with the last time I unsubscribed, I do not begrudge Blizzard and crew anything in particular. Well, maybe for the shit-hole of a no-pop server that they continue to allow to exist, to the detriment of all the lost souls trapped in Auchindoun-US’s hellish purgatory. But beyond that, most everything else I see as an improvement over prior design. Heroic scenarios sound like a great feature, and would have been custom-made for the 2-3 of my friends that actually managed to log on these past few weeks. Similarly, I am/was looking forward to being able to choose which spec to gear up in LFR, regardless of current role.

But… well. I could quite literally be playing any one of a hundred other videogames right now; games already purchased and with no subscription fee. More than the money though, I am looking forward to having the mental space back. It’s… liberating, in a way that cannot be described to someone whom has not had that same sort of mental real estate spoken for and suddenly vacated.

Seen in the 5.1 Mists PTR Notes

I still occasionally browse Blue posts. I spied the following in the latest ones:

In other news, I have no idea how to feel about this entire section:

Obviously, more details are needed. Will gear be normalized? How will this be balanced across all the classes? Can one dude just send out a bunch of invites or is it capped somehow? I will find it amusing if the bolded section actually makes it Live though. Reading it reminded me of those heady days of the internet when people were auctioning GMail invites on eBay for $200+. I can see it now: “WTS Brawler Guild invite 50k pst.”

You may or may not be following the sort of hand-wringing over the Black Market Auction House coming in Mists. Although I believe the sort of philosophical questions the BMAH raises are legitimate, I do not share Rohan’s  (and others’) conclusions.

What I find amusing, though, is Zarhym’s rather tactless approach at community management:

No one should count on this even being close to a viable option for gearing up a character. If you can raise that kind of gold in the game, you’re going to have much better success paying your way into raids for gear than hoping the right items appear for you in the black market AH (which doesn’t include set pieces), hoping you can afford to outbid everyone else on your realm, and hoping you’re the last one to bid before the auction ends.

Sure, it’ll have some of the best rewards for sale. But that doesn’t mean it’ll be remotely reliable for one person to gear up quickly. It’s the black market, after all. :)

Ultimately the system is going to benefit the extremely wealthy and the extremely lucky. But in all likelihood the benefits won’t at all be consistent, even for those who can pony up the gold. (source)

Yes, because god only knows that what the extremely wealthy and extremely lucky need is more systematic benefits. And what a way to come right out and say “You can eat cake,” right? I can almost hear the argument on Fox News that goblins are the job-creators of Azeroth, giving millions of players the opportunity to farm herbs and run dailies to afford their repair bills and marked-up enchants.

Kidding aside, I am not entirely sure why Blizzard does not simply come out and say “The BMAH is a gold sink. That is its sole purpose.” Prior gold sinks like the Mammoth and motorcycle and Vial of the Sands were fine, but pretty narrow in scope – they catered pretty exclusively to the Pimp My Ride crowd. The BMAH on the other hand hits everyone with a modular storefront filled with recycled content.

I anticipate the BMAH as being wildly, wildly successful at its unstated goal. As for whether the side-effects actually leave the realm of the hypothetical or not, we will presumably find out this Fall… or whenever the hell Mists goes Live.

So the lede here is that Blizzard may be introducing a “Black Market” AH into Mists that is capable of selling, say, the Ashes of Al’ar. We can have the discussion as to whether that devalues the 0.13% mount or not in a moment. What I am more interested right now is in the very notion that:

That last point may seem odd (vendors have been around since Day 1), but what I mean is not necessarily the selling of the Ashes of Al’ar, but of any of the mounts/items that otherwise are only obtainable by grueling hours /played.

The initial reaction may be to say that this is counter-intuitive; by definition, what Blizzard is doing is making these items easier to obtain, which not only reduces their scarcity, but allows players to actually eat the carrot. In the long view, players actually accomplishing their goals is bad for business. As the classical argument goes, the Black Market AH should be the equivalent of cheat codes, which hollows out the enjoyment that comes from restrictions and limitations – an infinite life Super Mario Bros is a less fun Super Mario Bros.

However, I must ask this: is a Konami Code-less Contra a less fun Contra? 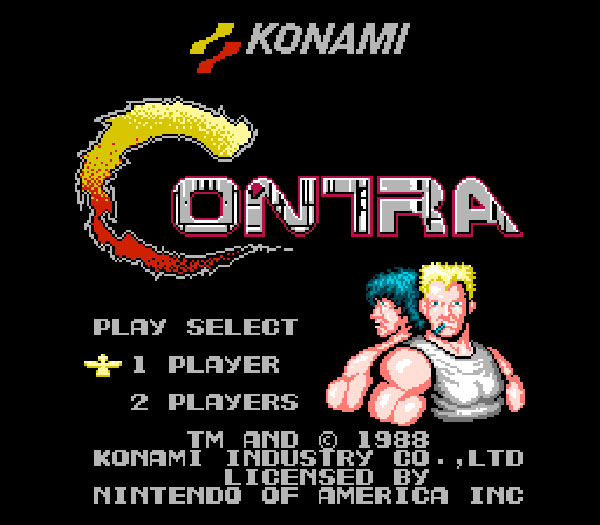 If you don’t know what I’m talking about, get off my lawn.

Nethaera on the Blizzard forums mentions:

It’s worth noting that since we’re in beta, we’re still looking into what our philosophies are for what should and what shouldn’t be on the Black Market. We’re also trying to discern the frequency/rarity of what shows up there as well.

So perhaps we will not ultimately see the Ashes of Al’ar on the Black Market after all.

But… why shouldn’t we? I brought up Contra because, as anyone who attempted to actually play the game without the Konami Code can attest, the game was stupidly difficult to beat within the default number of lives. So much so, that I imagine few would even try without the Konami Code. Thus, the Konami “cheat code” probably generated more enjoyment in the aggregate than was lost from “bypassing” the difficulty.

In other words, while the “legitimate” owners of Al’ar or the TCG items or whatever Blizzard ends up selling on the Black Market do “lose” something of value (scarcity), I believe the incremental gain by everyone else results in a net positive. Obviously, the average player doesn’t have the 200,000g+ that it will require to actually obtain these items, but they couldn’t get a group together to farm Kael’thas either. What the average player can do is farm herbs or run dailies and otherwise set X amount of gold as a goal to reach in the pursuit of Al’ar; something that was largely unobtainable before, but now has a “reasonable” path towards.

Will these undoubtedly obscene prices encourage gold-sellers? Maybe, maybe not. Just keep in mind that unlike the sale of BoE raiding epics – whose prices already can encourage gold selling – the final gold price of Black Market items are removed from the economy permanently, regardless of whether they can be resold or are BoP from the mailbox. Any reduction in inflation is a net positive for everyone.

So, I say: bring it on. And not just because I have oodles of gold with nothing else to buy.

P.S. The Daily Blink has the right idea: