I beat Destiny 2’s single-player campaign a week or so ago. Haven’t touched it since. 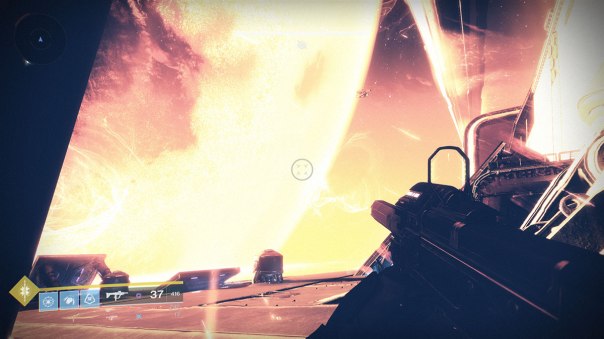 I know it’s kinda a gimmick level, but it was still really cool.

If you were wondering if you could trust all the assessments about how the campaign is pretty standard sci-fi FPS fair, the gunplay being amazing, and then a hard transition from story into a grinding endgame… well, consider this another data-point on the graph of player experiences.

I was actually more impressed by the overall campaign than most, even though it’s pretty ridiculous from a premise stand-point based on what you actually see. I mean, it’s cliche to point out how the story treats you as basically a minor god amongst mortals – in this case, kinda literally – but that sort of criticism never really landed with me in most other contexts. Never bothered me in WoW quests, for example. However, in Destiny 2, they went through great pains to express the fact that you were the only one to receive your powers back. And then you finish whatever story mission you were on, to go grind public quests with a whole bunch of other people with their powers back, until you got a high enough GearScore to start the next story mission. 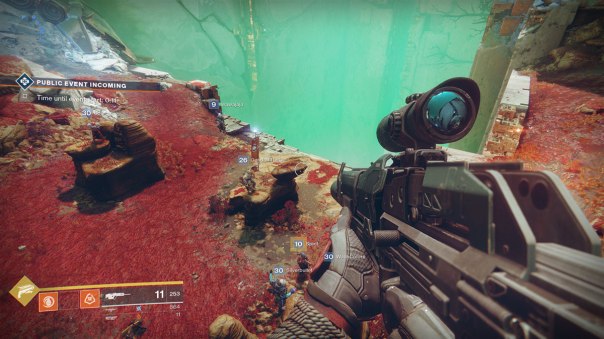 Pictured: totally not a whole bunch of other Guardians with their Light back.

In any case, as soon as I finished the final mission and the wrap-up quests, I started researching on the internet what would be the most efficient way to get better gear. Was it Patrols? Public quests? Should I be doing some kind of Daily? Then I realized: “Oh, right, there have been two DLCs since launch.” Much like in MMO expansions, I could be getting better green gear killing the equivalent of boars if I threw down the cash to catch up to everyone else.

In the scheme of things, I think the Humble Monthly was worth it. I’m pretty miserly when it comes to games, so I probably would not have been happy with a $12 Destiny 2 purchase by itself – not quite sure about how many hours I played, but the spectacle was almost good enough. Almost. But the odds that I will enjoy something else from the full bundle is decent enough that I still consider the entire transaction worth my while.