Have you seen this adorable thing?

Of course you have.

Whoever walked into that Nintendo exec meeting with that in their pocket better have gotten a raise.

I’m not going to go over the details of what games it includes and all that – once again, there are a million different blog posts about it – but I did want to briefly comment on my reaction to it. Namely, it’s brilliant. And what is especially brilliant about it is the fact that it costs $60.

See, you can get a Raspberry Pi 3 for $30-$35 and potentially create your own emulator that plays all the games. But between the Pi 3 itself, some kind of enclosure for it, the microSD card, the controller, and all the steps necessary for piracy… well, let’s just say there is a point at which it’s better to just go legit. And, shit, how much would people pay for a tiny nonfunctional NES on their shelf in the first place? The fact that it plays actual games is probably a bonus.

We’ll see this holiday season whether or not the internet hype over the device translates into actual dollars. I hope it does… because I’m hoping for a SNES version later. Can you imagine? Super Metroid, FF6, Chrono Trigger, A Link to the Past, Secret of Mana, Mario Kart, and so on.

Then it will be on like Donkey Kong (Country).

Until next Tuesday, Steam has a deal on Sega games going on. Remember when Sega made consoles? Feels like forever ago. Anyway, as I was browsing through the catalog, I came across the Sega Genesis Classics Collection, which is about 40 Genesis games for $7.49. Among those pickings, what do I find? Lo and behold, a game of my yesteryears: Shining in the Darkness. 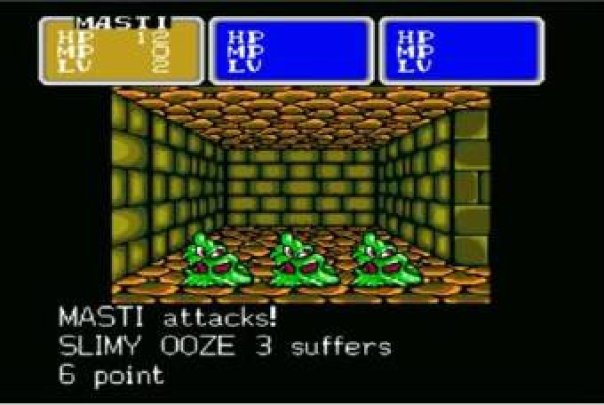 Like finding your old gimp suit in the back of the closet.

I played the hell out of this game for for about two years straight back in the early 90’s, and never did finish it. And right when the topic de jure is the good ole days of challenging content? It must be fate! So yes, Value, thank you for allowing me to make a $0.74 credit card payment for a game by all rights will probably not hold up at all but I’ll slog through anyway out of twenty years of spite.

Your weekend homework assignment is to blog/comment about what game(s) you actually find/found challenging and wish more games were like. This is about challenging games, not necessarily what were your favorite games (see what I did there?). And there is probably a line somewhere in there between challenging and Battletoads, but I’ll leave it up to you to find it.

In the meantime, I need to get some graph paper…